They’re Nazis through and through… 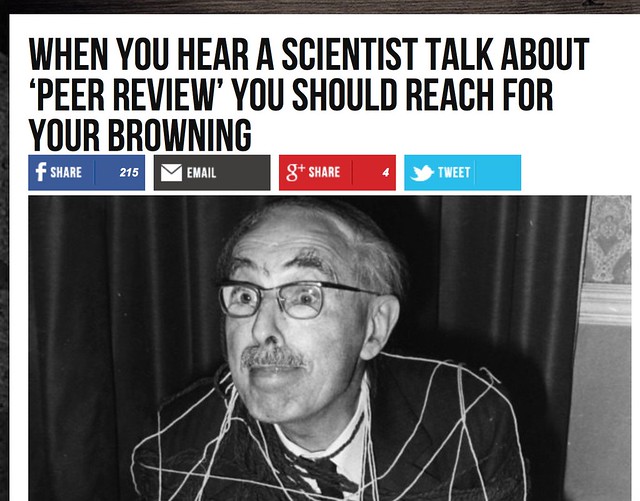 Leaving aside the point Breitbart wanted to make (some peer reviewed articles have reached unfounded conclusions, therefore climate change is FALSE! Or something), that their audience would appreciate a line from a play by a white nationalist Nazi collaborator–”When I hear the word culture…, I release the safety on my Browning!”–tells you everything about Steve Bannon and the ‘alt-right.’

Mind you, they could have used Twain’s “lies, damn lies, and statistics” instead (or any other number of American quotes). Instead, they went with the fascist sympathizer. What great patriots they are.

Of course, they’re just being edgy.

An interesting bit of information.  Since finishing this scene that I am now excerpting, I haven’t actually had a night where I wrote over a thousand words.  True, it’s only been four nights, and on one of those nights I came within twelve words of a thousand, but I haven’t actually gone over.  In fact, on a couple of nights I’ve fallen well short.  Not a big deal, however: only if I get all worked up over my word counts.

In a couple of nights I could be over eighty-five thousand words, and by the end of next week I could be at ninety.  I would truly love to hit one hundred thousand words on the last day of the year, but if I don’t, I’m not to freak out.  Or at least I shouldn’t freak out.  I wish I wouldn’t, as am as a person who does.

Really, though, it’s all about getting the story told.  And in my current scene the kids of just arrived at Memory’s End and are getting ready to meet with Deanna.  A few pleasantries are going to be exchanged and then the kids are going to have tea–and we know what that means.  It means are going to enjoy some Earl Gray.  Oh, and probably see something of the future.

In the meantime, my kids have taken the New Kids on the Second Floor down to the kitchen.  Can you smell what Annie and Kerry are cookin’?

(The following excerpts from The Foundation Chronicles, Book Three: C For Continuing, copyright 2016 by Cassidy Frazee)

The kitchen in the lower level of Cernunnos Coven was right off the staircase leading to the ground floor. In a few months before the end of their B Levels, Annie and Kerry began spending time here learning how to make simple dishes, and on a few occasions and even spent a morning fixing breakfast which they then ate in the private lab the next hallway over.

Once they realize they would welcome the new B Levels to the second floor, they knew they would use the kitchen to prepare snacks much the way Penny, Alex, and Jario had done for them the year before. And at the same time they would show these students fresh out of The Fishbowl how the school really worked.

There was plenty of room inside the kitchen for five people to stand and plenty of counter space for a couple of people to prep while one cooked. Neither Annie nor Kerry expected to ask the new students to help with prepping: they knew well they can handle this dish on her own. Once inside Annie began pulling ingredients out of the refrigerator, while Kerry waited for the other students to file in. As soon as all were inside he shut the door and began removing pots, pans, and utensils and setting them on the counter and stove.

You remember the kitchen?

I modeled that back in May of 2016, the lower level and sub-level of Cernunnos Tower.  In one of the reasons I did this modeling is because I knew I was going to be writing this scene.  But wait, you exclaim!  You modeled this in May, 2016, but you didn’t start working on this novel until July, 2016.  What gives?

As you should know by now I plot out a lot of things in advance, and I knew there would be seen in the kitchen.  I also knew would be a good idea just to show where everything was in the coven, which means one of these days I’ve got to get around to modeling the upper floors above the ground floor commons, which was the last floor I did.  Because I’ve been busy.  That’s it, yeah.

Menan watched the older students closely. “Is anything you want us to do?”

Annie began measuring flour before setting aside an egg and sugar. “It’s quite all right—” She glanced at Kerry. “We’ll do fine.”

Kerry sat seven eggs in the bowl and poured a liter of milk into a large pot. “We’ve actually thought this through for a while, so we know what we need to do.” He turned and pointed at the pantry behind him. “There’s other drinks and snacks in there and there’s some stuff in the pantry. If you guys want you can look through there and if you see something you want, grab it.”

Annie poured out a measure of flour, made a small bowl in the middle, and cracked an egg into the indentation. “There should be a case of various fruit drinks in the refrigerator as well as a liter pitcher of ayran. If you feel thirsty have one now and will send the others up later.”

Nancy moved closer and watched Annie. “What are you making?”

Annie began folding the flour over on to the egg. “It’s a Bulgarian pastry called mlechna banitsa: it uses a lot of milk, which is what Kerry is preparing.”

“So you’re making the dough?”

“How are you not getting flour on yourself?”

Annie turned and patted her hands against her tummy. The little bit of flour she had on her palms stuck her clothes for a few seconds before seeming to slide to the floor. “It’s an anti-cling spell we learned last year in Advanced Spells. It keeps particles like dust and flour from sticking to your clothes.”

Leonora turned to Soroushi. “Wow, that’s nice. I can’t wait to learn at this year.”

“You won’t learn it this year.” Kerry gave the contents of his pot a couple of smooth stirs and set his wooden spoon aside. “In Regular Spells you won’t learn how to do this until your C Levels. We learn to do this last year because we’re in Advanced Spells.”

So now you know there’s a spell you can use to keep from getting flour all over yourself–and that probably means you can use it to keep a lot of other stuff off, like dust and dirt.  All those little, everyday things which are use to make their lives so much easier.

But as Annie points out, for the majority of students they won’t get to this particular spell for another year, which Kerry and she earned it last year because they are great students or teacher’s pets, depending on whom you speak with.  Doesn’t matter:  they got the mojo and they got it good.

And they know how to cook.  And speaking of cooking an spells, they’re about to let everyone in on a little secret…

We’ll be back here tomorrow, don’t you worry.