I took a good long time getting there, but all that perseverance finally paid off.  Last night, I finished Chapter Ten of the novel.

The scene that I thought would only be about fifteen hundred words long ended up being twice deadly, though when I get in there to edit it I’ll probably trim out a few things.  Having two nights where I wrote over a thousand words each night is what helped finish the scene in only four days time.  And those were for consecutive days of writing, something I haven’t done in a while.

Meanwhile we’re back in class and Kerry is still hard at work.  And he has some interesting things to say about his little time cube:

(The following excerpts from The Foundation Chronicles, Book Three: C For Continuing, copyright 2016, 2017 by Cassidy Frazee)

As the now slightly burning tennis ball continued digging into the time field, Kerry walked around it while never getting more than a meter close to it. “A time field like this, flattened and placed in front of the doorway, makes an excellent defense, because anyone interacting with this field by sticking part or most of their body into it, is likely going to die or take a lot of damage. Blood and oxygen wouldn’t be able to get into any extremity placed inside the field from outside and would cause considerable trauma to those parts that were on this side of the field. If you stuck your head in there there’s an outstanding likelihood your neck would explode as all the blood in your carotid arteries backs up with nowhere to go. Not to mention—” He pointed at the scorched ball. “Interacting with the field will cause the same issues with ridding a body of kinetic energy. Anyway you look at it, it would be a messy death.

“If you were to make the variation between the inside time and our time different—say, make the inside run four times slower—someone stepping into the field likely wouldn’t die, but the difference would hurt them and they’d probably pass out from the trauma. If you are looking to capture someone, that would be a good way of stopping them.” Kerry motioned toward Subhan, who had his hand raised. “Yeah?”

The Pakistani boy seemed incredibly curious about the events happening in and around the time cube, and had seemed ready to ask question almost as soon as the tennis ball exploded in flames. “Could you stand inside that field if you formed it around yourself?”

“Sure could.” Kerry nodded. “As long as you stayed inside that field everything around you inside with with would appear to act normal. But everything outside would appear to be moving twenty-five times faster—” He chuckled. “Which, if you think about it, would be pretty humorous. I doubt very much if you could follow our actions if you are living in a world that was moving twenty-five times slower.”

Serafina didn’t bother at raising her hand and simply blurted out her question. “The thing I find so confusing about these fields is being able to interact with anything on the outside. Like you say, if you’re moving fifty times slower than us, what could you do?”

Believe me, I’ve spent a lot of time thinking about time moving at difference speeds in close proximity to each other, and the idea that your hand may age something like ten years while the rest of you stays the same is hooey.  What did the cells in your hand do for oxygen for those ten years?  Go into hibernation?  No, it dies and rots off in the blink of an eye and probably gives your body an advanced case of sepsis in that same eye blink.  Pretty messy death, like he said.

Serafina has a good question, however.  How does one interact through that time interface.  Kerry gave one explanation to the B Levels on their floor, but now there’s something else–

Kerry smiled as he shrugged. “Well, I wouldn’t use this field to interact with us, because as you pointed out, interaction would be a pain in the butt.” Kerry waved the field away in the now burnt out ball across the room, fell to the floor, and bounced twice before rolling off into a shadow. “What we would actually want to do is reverse the situation: we would be in a field moving faster than the flow of time in the Normal world. That would work to our advantage.”

Rivânia shook her head. “You’d still have the same issues with trying to interact with anything moving at what we would think of as normal time.” She turned Wednesday. “You could create a spell within your adjusted field; it’s getting it out of your field and into normal time that’s going to be tricky.”

“That’s true.” Wednesday crossed her arms looking slightly amused. “But Kerry has found work around.” She turned towards him. “I think it’s time we show them.”

He nodded. “Give me about fifteen seconds then go ahead and toss me a ball.” He held his arms out slightly away from his body with his palms down as he closed his eyes and imagine crafting his second time spell of the night…

As he placed the field around him Kerry watched as the other students visibly slow. He wasn’t going for a lot, just a five to one acceleration of his own time. But experiencing five seconds in the same time that everyone else in the room experienced one was enough to make it seem as if it everyone sitting had suddenly frozen in place.

He looked to his right at Wednesday and motioned with his hand. He knew if he spoke, anything that came out would sound like gibberish, but there was no need to speak: they had talked about what would happen here and he knew there was no need to elaborate. He prepared to move as Wednesday reached into her box, selected a ball, and tossed it his way—

Though Annie had seen Kerry craft the spell before, she still felt a small amount of excitement as she watched him do it again. She had worked with him the previous Sunday to get it right and she understood his expression to say that he hadn’t made any miscalculations this time.

She saw his head snap around in his right arm come up quickly as his fingers motioned for Wednesday to act. The instructor picked a ball from her box and tossed it on her hand for Kerry. He waited until what it seemed like the last moment to spin around and grab the ball out of the air with his left hand. He held it for a few seconds and held the ball out for all the students to see before giving it a slight toss in the air so we can catch it with his right hand as it came down. Unlike the previous tennis ball, this one wasn’t suffering any unusual time effects.

The part where Kerry sees everyone slow around him is in the C Level trailer, so you’ve sort of seen this before.  Now you know he’s teaching the class.

But why didn’t the ball blow up?  Is is because of–magic?  You know, I think I talk about this tomorrow–

When I have time.

Finally, a bit of good news on the TV Recapping front. 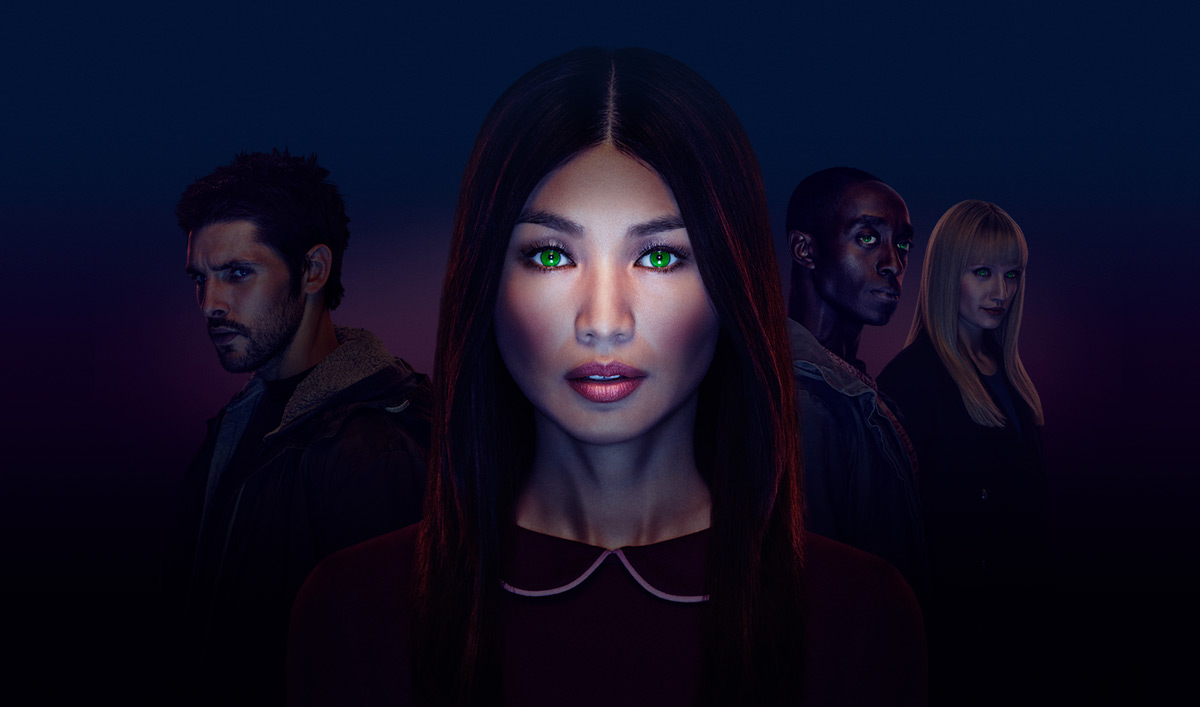 Today, the UK’s Channel 4 (National Treasure, Catastrophe) and AMC (The Walking Dead, Fear the Walking Dead) announced that the Kudos Productions was given authorization to begin pre-production for Season 3 of Humans.  Creators and writers Sam Vincent and Jonathan Brackley are once again attached, and it’s believed the key members of the cast will return to begin filming August, 2017, with broadcast likely to occur in the US in February or March, 2018.

It appears that the reasons for the quick renewal has to do ratings in both the UK and US (apparently great in the primary age demographics), but I imagine there is an urgency as well to bring the cast together quickly before they become immersed in other projects. Also, Channel 4/AMC had a bit of a misstep in taking so long to authorize Season 2, during which time many fans of the…